I came across a “new” (to me) assisted kayak rescue – The Dump. For partners with good rolls, it looks like a brilliant, streamlined approach/technique. Just curious, any PCom folks practice this? Have you actually used this in real situations and conditions? 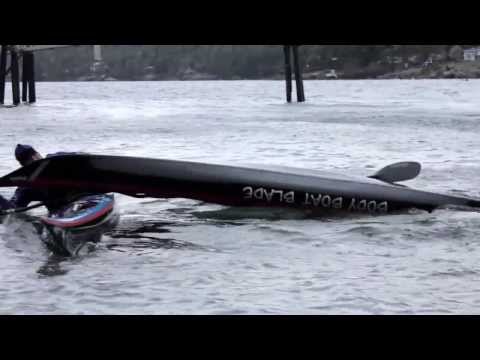 How many will capsize when they are running over another hull? If you have a good roll this is of what use?

Most all video’s I see with rescues are in near flat water sadly.

Those folks are not the likely candidates for this rescue anyway. It is interesting.

It is not a rescue method. It is a method for emptying a reentered kayak (with the added bonus of risking capsizing your buddy’s kayak). You need to be able to rescue yourself. Why would a person that good of rolling need to reenter a kayak in the first place? Maybe accident in high waves, but how good is this technique in high waves?

It is not a rescue method. It is a method for emptying a reentered kayak (with the added bonus of risking capsizing your buddy’s kayak). You need to be able to rescue yourself.

That’s exactly it. You speed up significantly the time required to empty (and stablize) a kayak. Pumping out a kayak takes a bit of time. I’ve tested my self rescues in the surf zone, and find that I also to need to deploy the paddle float for greater stablization while pumping, and even then waves can/do come over and refill and/or capsize the kayak again.

I have pretty darn good bilateral rolling skills but I am now very much in the crowd that maintain that we are mostly “in between swims” , excluding of course those who are religiously committed flatwater paddlers.

Where I think this technique MAY have relevance is for advanced paddling groups that take on rockhopping and tidal races. I think folks who are accepted into these groups should have advanced bracing, rolling and directional control skills. Nevertheless, in YouTube, you can find plenty of examples where someone in such groups come out of their boats for whatever the reason. As someone who had never seen this technique before (until yesterday), my question is whether this techniques works in real world conditions as seamlessly as it looked on the video. I pose this question to those who actually practice and/or have used it.

need to deploy the paddle float for greater stablization while pumping, and even then waves can/do come over and refill and/or capsize the kayak again.

I recall practicing with my Nordkapp (mid 80’s edition) - pumping from the ‘chimp’ pump while sculling with the other (with shaft braced against back of head/neck). (slow, but effective, never had to use in real situation).
These days, in the places that I paddle, if I was really concerned about a compromised cockpit (flooded), I would invest in a foot pump.

I have no idea whether the technique works but do enjoy the content they produced when they ran that company. Lots of cool looking stuff in their videos.

Pumping out a kayak takes a bit of time.

Pumping out a HV boat is a real WORK OUT. 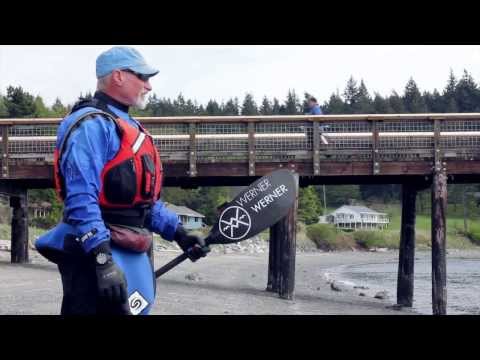 Raisins…some of our Ferndina friends have done the speed launch with the BBB folks.

As demonstrated, it looks like a great way to destroy a spray skirt and potentially crack a coaming, given that they’re running the keel over both.

True that, although not as much of a problem of cracking the coaming of my Delphin 150 (RM). In terms of the neoprene skirt, i would be interested to see how well that would hold up. All I can say is that my wetsuits hold up pretty well against the surf fins on my waveskis, and against the barnicled boulders of the homebreak.

So, with the valid concern of damage to the coaming and/or skirt, wonder if this method can be modified effectively towards the area in front of the coaming. Since I overwhelmingly paddle/practice alone, it’ll be a long while before I get a chance to find out experientially.

Love the exurberance!!! I could/would try it with my Delphin.

Atbsolutely not with my Sterling, when I get it!

I’m afraid I’m just a bit of a slow paddler, no ‘Speed Launches’ for me.
I do like the ‘BodyBoatBlade’ innovative techniques. Even if I don’t use them, they are thought provoking.
On our last ‘rescue’ session, I tried out the BBB-ScoopRescue (Leon Somme describing) with me as rescuer.
I wasn’t very good at it.

I really wish you hadn’t posted this, because now I feel the need to try it, and I’m really too old for this kind of thing.

We have tried it in practice situations, hut never in real conditions. It is a quick way to empty a boat, if you have someone who knows how to roll.

Very stable for the rescuer. Once they have a hold of the flooded boat, that flooded boat acts as a huge outrigger.

Does seem somewhat limited usage. Requires someone who knows how to roll having a flooded boat and remaining upright. Blown roll? Imploaded skirt? Did a re-enter and roll with a paddlefloat? Would be faster than just having them enter water and doing a T-rescue, which would accomplish the same thing.

I’ve tried it. The roll up with the bow on someone else’s kayak was easier than I anticipated.
I’ve never done it after a combat swim, but there’s probably little difference. I wouldn’t do this where there’s enough pushy broken water to really push kayaks around. Too many things would have to go right to avoid boat damage/bodily injury. But where you can re-enter and roll and paddle over to someone outside of the broken waves, you’re really removing yourself from the combat zone before doing it.
I think my take on it is that you can only reinforce so many areas and to certain extents to come up with lightweight kayaks. We really have to move into an area where a t rescue is safely and effectively accomplishable for this to be safely accomplishable. You could take lesser risks between long period swells or between sets - situational awareness. But if I had the plastic Sirocco or Whiskey 16 Rocker, and you had the Delphin, sure. Why not? But the last time I thought about doing it, I looked at the person’s kayak I was approaching, and decided against asking.

I saw a video of someone teaching the T- rescue and they were very specific about where the swimmer should be at different times in the rescue.
I wanted to show that to my partner, who is very new to kayaking and have been searching for days to find it w/ no luck.

Anyone know the video I’m talking about?

I’m not sure if it has already been mentioned: What is the point? They say this is for someone with a good roll. So if a rescuee has a good roll, why would they need to do this Dump? Why would they need to empty their boat of water? If they have a good roll ,they would just roll up and be on their way. I could only see this be of little use if they used a substandard skirt and it pop off during the roll. I still would not want to risk damage to my glass boat using this technique. For me its a hard pass!