My dad picked up this canoe recently and was wondering if anyone could help identify make and model. It’s fiberglass with aluminum gunnels, thwarts and fiberglass decks. The weave on the fiberglass seems “thick.” 17 feet exactly. Molded fiberglass seats. Hull number looks like MAO10230676, but has been painted over, so might be missing a digit at the front. In the Chicago area.

Thanks for any leads! 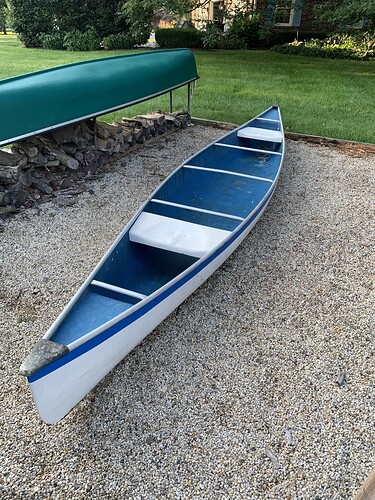 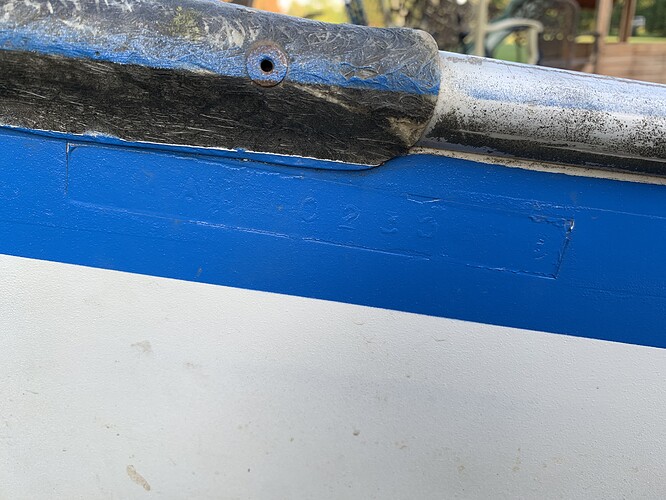 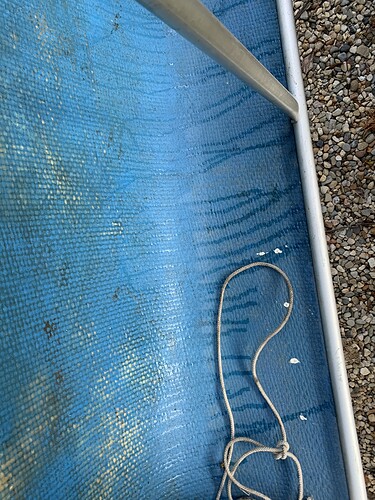 Cool! Thanks Castoff. I’ve never heard of them and doesn’t look like any info online. It’ll make a neat restoration project one of these days, regardless.

I am doubtful about that MIC. The HIN you list is missing a character. There should be 12 alphanumeric characters.

Secondly, it looks like there is a gap on that HIN plate at the beginning that is the size a missing character would occupy. If that is so, the manufacturer’s identification code is actually “xMA” not “MAO”. If you put any letter of the alphabet from A to Z in front of “MA” you will get a valid MIC.

The five characters between the MIC and the last four denoting month and year of certification could be letters, numbers, or a combination of both at the manufacturer’s discretion so long as each five character code was unique to a specific hull.

So you have 26 possibilities for the maker of that canoe but Massimo Marine is not one of them.

It looks as if the MIC “PMA” was originally assigned to Pat Moore Canoes, Inc. It is common for an MIC to be transferred when a manufacturer is acquired by another company.

So it is almost certainly a Pat Moore boat. Below is a link to an old thread in which someone was asking about a 17 foot long Pat Moore tandem canoe that was white with a blue interior. Charlie Wilson suggested that it was probably a Peter Pond II.

I have a 17' fiberglass Pat Moore Canoe. Don't know model. # stamped on side is PMA010350477. Does anyone know anything about them? Value? Was recently refurbished and is in excellent shape.

You might note that the first three digits after the MIC for the boat described in that thread are the same as for your canoe: “010” which may be a model code for the Peter Pond II.

Pat Moore later leased the mold for the Peter Pond II to Mad River Canoe and they produced it for a few years in the 1980s. Here is a link to an old 1987 MRC catalog which gives the dimensions of the version of MRC’s version of the Peter Pond. The photo shows a tandem with three narrow aluminum thwarts that resembles your boat:

@pblanc I believe you’ve done it. Those 4 large rivets in the side look like another giveaway. Looks like Mad River might have added larger decks that extended completely over the buoyancy tanks, but otherwise it’s a match. Thank you to all for the help, that was fun.