This bunch did one presentation and sounds like they would be happy to be asked to do more. Not kayaking specific but an effort worth noting. https://abc57.com/news/outreach-group-offers-and-advocates-for-water-safety-tips-especially-for-the-great-lakes?fbclid=IwAR1g5R0IQwJKkACE8umjX-2MTz8lJQsLJSen1hp4Mf1kfDzlJHcGDt3i70Y

Thank you for posting this Celia. That’s one of our local TV stations and I’m proud of them for spending more time on water safety. I like the “flip and float” advice and I really like the idea of teaching kids some basic water safety tips in school.

I am reminded every year, every month, every week about the TV reminding and training youngsters and tourists about run out, under tow, etc at the beach. You have to keep up reminding them because …………they are new.

So it makes sense that around the great lakes they remind people all the time about cold water and swimming.

Took a short paddle today on one of the big rivers here in Pittsburgh, the Monongahela (which becomes the Ohio and is a Mississippi feeder.) Was pleased to see a new addition at the launch ramps at the city riverfront park warning people about the dangers of cold water drowning and the importance of wearing a PFD,

Nothing about watching out for alligators, though (3 were found in the city in the past month, one a 5 footer in the same stretch of river we were on today.)

Gators in Michigan/Ohio!??..global warming B) … Or wildlife importation violations.

Today’s Lansing (Michigan) State Journal has an article about an alligator named “Wally” who had been hit (hit & run) by a car & left by the side of the road. This was in Delta Township just west of Lansing. Apparently it had been a pet that happened to get out.

Gators were in Greater Pittsburgh. Two were traced to a numbskull who was hoarding a range of “pet” reptiles including in flimsy enclosures in his yard from which they apparently escaped.

Well regarding water safety on the Great Lakes on tonight’s local news they had an expert warn that it’s dangerous to jump straight out of your powerboat into 60 degree water on a 90 degree day because you may have a gasping reflex. He advised swimmers to wade in and adjust to the water temp gradually. Great stuff!

NOAA has had cold water advisories out for inland waters for two months now… Glad they are finally down.

BWHAHA… Lots of people around here take their water right out of the lake ; seasonal camps with no wells.

We got a new sign on the pier this year, partly because much of the pier is now covered with algae due to the higher water levels which make it slicker than snot. 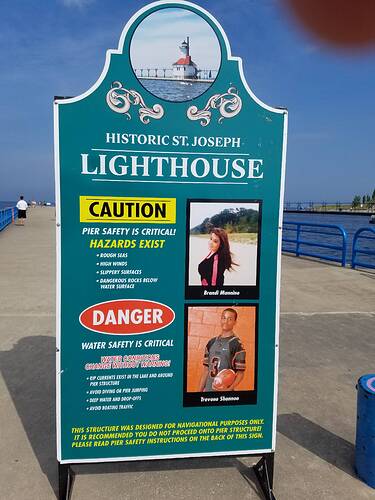 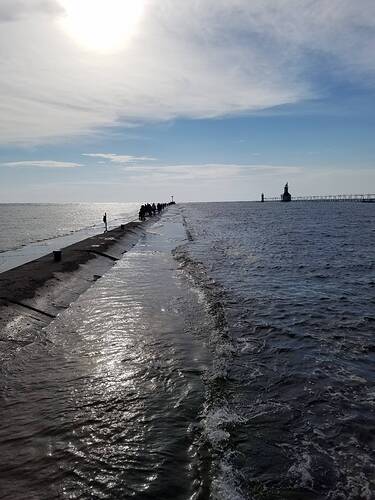 @TomL said:
Well regarding water safety on the Great Lakes on tonight’s local news they had an expert warn that it’s dangerous to jump straight out of your powerboat into 60 degree water on a 90 degree day because you may have a gasping reflex. He advised swimmers to wade in and adjust to the water temp gradually. Great stuff!

It happens in FLA too at the springs. But it doesn’t get much press.

There are some islands you can walk to at low tide. And there are an amazing number of tourists who get caught because they have no idea there are tide tables… It is a long wait… Some try to outrun a tide that rises 5 feet in an hour like East Quoddy Head.

I’ve sometimes wondered if a warning sign at the Apostle Islands with a photo of the three Fryman children and their father would make people think twice. Saw a post at another site about a guy and gal with short box store inflatables ignoring the advice of a Apostle Islands Ranger not to take those toys on Superior.

I’m happy to see the sign, especially right in a place where there have been so many deaths (over 100 deaths in the last century so about one per year). My wife and I actually heard people talking about the warnings on the sign this weekend as they debated whether to go onto the lower part of the pier so I’m sure it has some deterrent effect. It’s much more than just the increased slipperiness from the high water…this area is prone to rip currents which were also present over this holiday weekend and took the life of another teenager yesterday on an Indiana beach just south of here. It’s typically tourists/visitors that get in trouble and most likely just aren’t even aware of the dangers.

On the news today they gave a warning to stay out of Lake Michigan due to potential rip currents and if you get caught in one to “wave, yell, and swim parallel”. I like simple guidelines like that. The southeast tip of Lake Michigan has sort of a small pocket that extends inland so when the winds come from the north the conditions are perfect to just suck you right off the beach. Windy.com shows the rip current conditions for SW Michigan very clearly today. 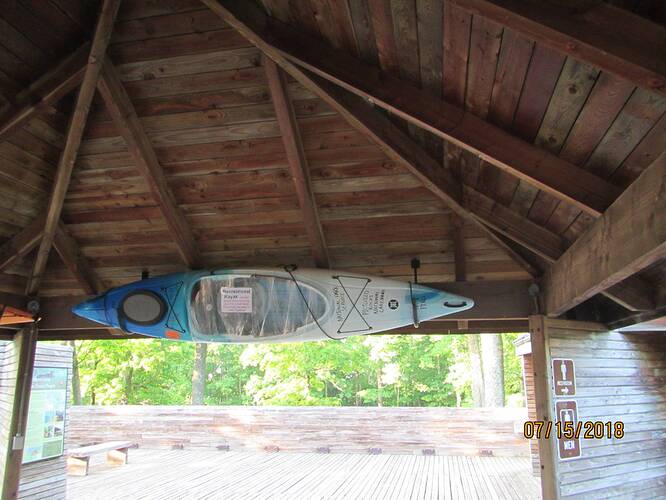 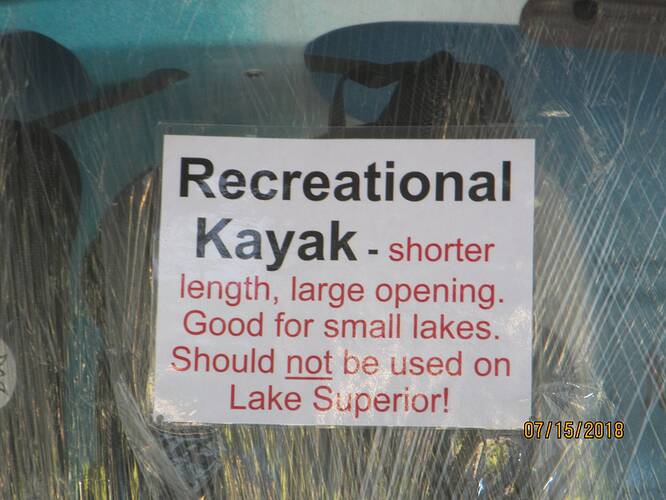 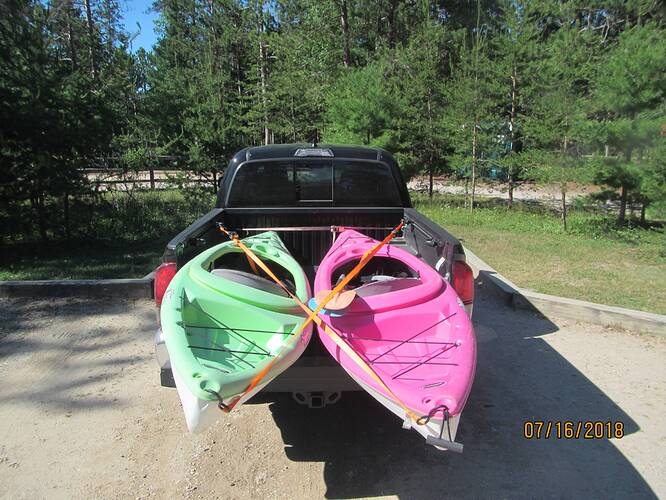 Yep, that’s a great sign Overstreet, complete with a visual aid and it even looks like a rec kayak that might accept a spray skirt. On the Silver Beach pier there are lots of people that just ignore the warnings but on the other hand the sign seemed to give more careful people a way to argue against peers that planned to ignore the warnings. It’s surprising how many parents just let their young kids just run out onto the pier. There were also red flags flying a week ago when a teen disappeared on a nearby beach.