Welcome to forum of beating a dead horse

Yikes … they took it hook line and sinker, and then kept taking it again for so many posts.

“Winter fishing” has always been good in PCom waters. Kinda makes me think of the poor manatees that congregate at some certain spring fed river. There they compete for the remaining sea grass while getting run over and over again by ignorant and uncaring boaters. The manatees don’t have a choice in the matter…

Good work, SeaDart. That was some winter fun.

Your arrogance knows no bounds. You post some passive-aggressive arrogant nonsense for the purpose of trolling then openly admit it. You won the internet today

Hold it! Giving his protagonist the name “Isadora Wing Paddle” was a VERY unsubtle hint that his post was for fun.

I took it the same way (since “wing paddles” are optimized for big catch and speed and not rolling). But, I also expected that in the “heat” of the moment, those wanting to continue engagement from previous threads would end doing so…

Again, we each choose how we want to engage/receive in these forums.

“Hook, line and sinker”; he was trolling, and he admitted and you applauded it. At least, people on “Bicker and Banter” were honest about their disdain for others unlike many on these “pure” paddling forums.

But here’s the thing that often happens, even posting straight up threads about any paddling topic, one can run into some really weird hostile stuff from both ends of the spectrum, “beginner” to “expert”.

No secret to most PNet folks, my “thing” is paddle surfing. That’s what I enjoy most, what I buy equipment for, train around and offer advice and questions about.

Earlier on in my PNet participation, when I posted/shared my time out in the surf (especially on bigger wave days), I get folks jumping in and opining that I was “stupid” or angling for a “Darwin award”; or, that I was a prime example of male machismo gone awry (never mind that there are truly WAY BIGGER wave surfers who are female). I would talk about enjoying hurricane groundswells, which produce the best surfing waves for the northeast and end up getting folks accusing me of wishing for and being apathetic to the death and destruction in the Gulf and SE Atlantic states. Jeeze… As if my enjoyment of surfing brings on hurricanes. Unlike the past, I try not be bothered nor engage with these folks. Of course, we can all be trippered and bite on a “hook”, whether someone was trolling one or not. It reflects as much about something inside ourselves as much as the person posting.

Anyway, PCom folks will act as they will/want and inclined to. As the saying goes, “I’ll be me. You be you.” (Shrug)

Someone (not me) should gather all the dead horses into one stall (topic). A post that combines:

pamlico vs not pamlico

Andy_Szymczak, some might try to kill you, but they won’t eat you. It’s all free. Just when you think you’ve had enough, somebody interjects a string of kayak ballet. I miss everybody who drops out. If you hang in, you always learn something, whether you want to or not. At times I got to take a break from my brothers and sisters, a family of nine siblings, but I have one thing in common with this family - a passion for paddling the water. No matter how we each worship.

Hey sing. Who cares about trolls. You might even resemble the remarks of observers, but so what. I doubt that the typical forum members have many friends who dont have strong convictions. I don’t! We just learn to stand our ground.

The widely varied opinions give the requester a range of options. I think new readers or members are looking for an easy answer. This is the wrong place for that. I’ve discussed paddles with other members and found they dislike a paddle for the same reason I like it. I like my boat for exactly the reason a more experienced kayaker dislikes it. Although we disagreed regarding preference, it reinforced my conviction because we shared the same perception.

The more talented we are, the more we expect from others. That’s a good thing. You wouldn’t be where you are if you expected less of yourself. In a way, the insistent person is saying, if I can do it, you can do it.

This isn’t a pool toy club. I don’t want to go where kayakers like you go, but I sure value the advice. That’s what a new member has to take away.
I don’t condone badgering people, but this is all anonymous, except where personal relationships have evolved. The hazards I’ve faced on this forum can’t come close to the challenges I’ve faced on the water. The lessons I’ve learned have put me well ahead of my former lever. I still have no desire to follow you, EVER! Keep up doing what you do!

Yes Rex it was not very subtle, but I seem to have overestimated the literacy level of the dead horse beaters on Pnet. Maybe if they google “Isadora Wing” they might have a light switch on. (If that doesn’t work, try googling “Fear of Flying”. ) I would suggest the dead horse beaters go back and read my original post. Did they recognize themselves and respond as reflex? I accused no one. Well one person’s irony is another’s passive-aggressive arrogant nonsense - sorry to those who seem to have recognized themselves and knee jerk responded to each other, not to my post.

Some people will talk you to death if they can.
Some just want to go paddle.
Brevity is good.

SeaDart, you’re still crazy. I often said that to a guy I worked with and he’d say, “I am too!” or “I resemble that remark!”

What else can you do with a dead horse. No matter what the post intends, it’ll generate some interesting and beneficial replies. Always!

That’s funny. rsevenic has been a member since 2009. 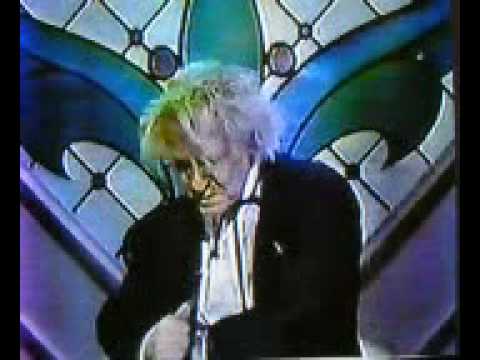 We keep beatin’ on that prone horse,
thinkin’ it was dead.
“Nay, nay, nay,” you’ll hear it bray.
A possum pony rears its head.