What is this canoe's function?

So this thing is for sale two hours away, but it’s a sale by a person helping their friend who knows nothing about it. Looks like some holes where bow/stern loops may have pulled out. Whitewater? Freestyle? Novelty? Maybe someone’s fiberglass project? The seller is unable to provide details or even a length. 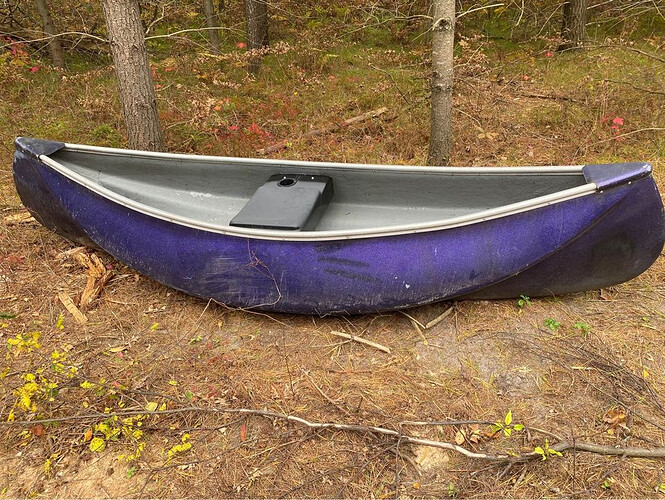 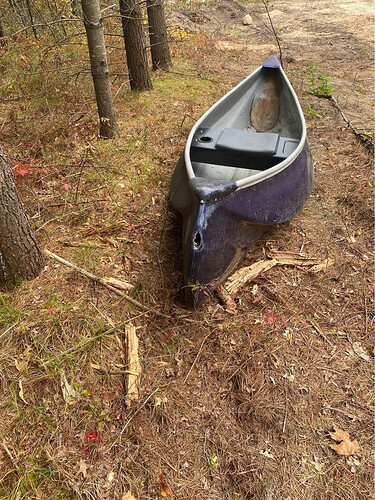 Amusement park ride? Looks like a terrible design. Seat right in the middle, that would put the majority of weight at the bow.

Yeah, I thought it was PE3 because of the plastic seat, but I think someone repurposed one into this fiberglass beast. Looks relatively short but tall. It’s $75, but the more I look, the more I doubt I could put it on the roof.

I can’t imagine how that canoe would ever end up being owned, or paddled by me.
Perhaps if someone dumped it in my front yard?
If someone did; I know for sure what I would do with it.
I’d make it into a raised flower bed for my wife.

I can’t imagine that it has any real functionality.

Looks bizarre even if the pic is distorted thru some kind of fish eye lens. Short, wide, ton of tumblehome, seat in the middle, purple… but Oh! It has a cupholder!

Looks like a freestyle canoe. Not meant to go anywhere, just sit and do tricks.

But the seat is plastic and has a beer holder so that does not fit at all. Strange boat 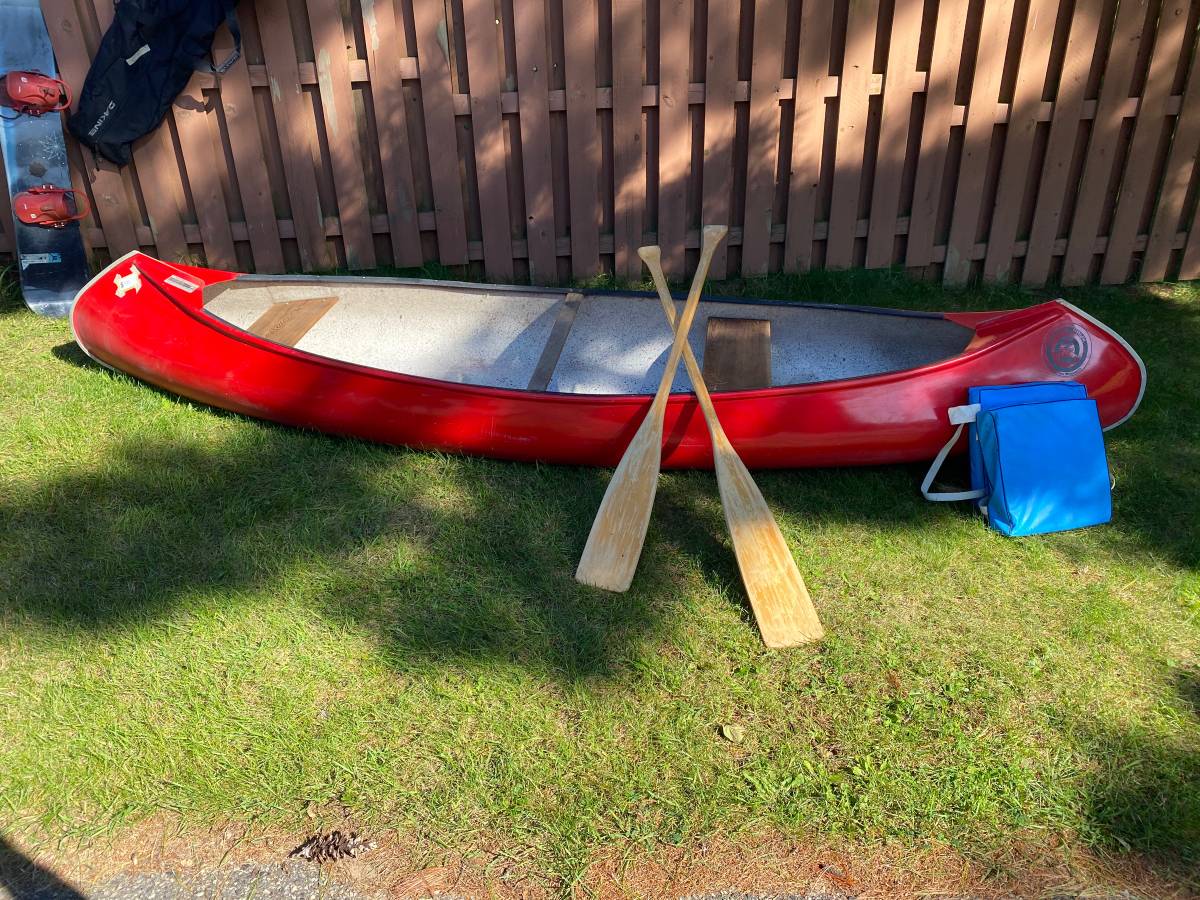 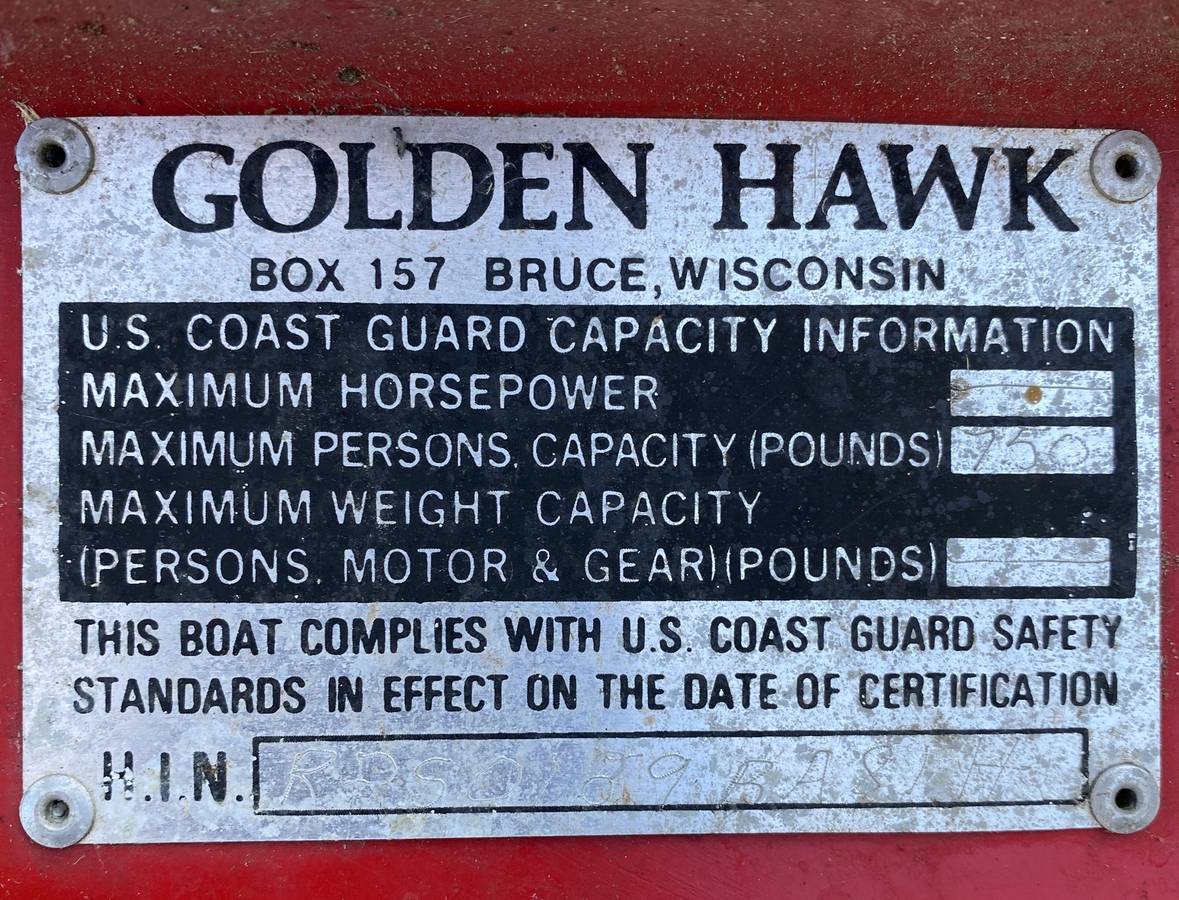 I think the photos will verify the canoe’s identity.
Still think it would make a great raised flower bed.
Or…a kid’s toy.

Fill with ice, soda, beer. Place in backyard during next post-Covid era party.

I have a 7 ft kayak we use for that function.

Function? Comic relief, perhaps? Or a practical joke in rather poor taste?

Hopefully it floats. I really can’t conceive of any other function as a watercraft.

Wow, two freestyle boats in a week. The reason that the paddles are square edged is because they aren’t meant to move the boat forward, they are meant to do tricks.

FS canoes are also touring boats… THAT is not! I suspect some sort of display model for a beverage.

There’s too much intent/extra work in that for it to be an advertising piece. Someone had an idea/plan. Maybe not a good one. Would be a hoot to try it out.

Well, this thread certainly provides proof that the boat “functions” as a conversation piece.

Another possible function:
Have a piece of glass cut for the top,

and build a couple of inverted arches of wood to support it.
Put it in your living room to use as a coffee table, and conversation piece. 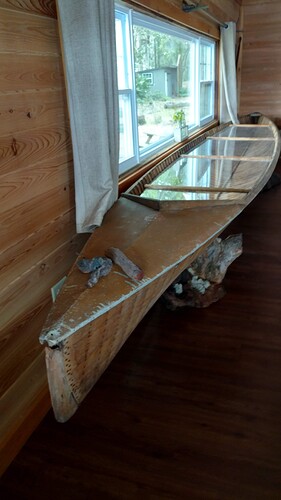