What was under your Christmas 🎄?

I’d ask what did Santa bring you, but most of us are Santa.
I got a bag of coffee , a bottle of rum, and a blanket.

7 chocolate bars, high cocoa content. A bottle of Resveratrol, a box of Quest bars, 2 bars of honey/milk soap, 10 pounds of honey, a small box of chocolates, assorted English green and white teas from my son which will go great with the honey.

We stopped doing Christmas years ago, other than eating dim sum in Denver’s Asian strip. That went away, too, after we left the Front Range. But we still have evergreen trees around, this time pinons and junipers instead of ponderosas.

Thirteen books about the outdoors and a dry bag.

A pair of pogies for the one or two cold paddling days of Winter. Need to find something for those cold days…after 3 different sets of gloves are not used after about 3 tries each. Also rediscovered some dive gloves I have not tried yet which I bought a couple years ago…

daggermat, let us know if the Resveratrol makes you younger. Lots of us could use that!

speaking of Jacksonville (another thread), pogies are quite effective - especially in cold weather to the warm weather acclimated folk.
I get cold easily, however, the past 2 days of 35° weather (1st one into 15mph wind, 2nd predawn), I was quite toasty using the pogies.
(I agree, prefer 30’s and dry to 40’s and wet)

Only this, from the younger cat.
“Not a creature was stirring, not even a mouse.” 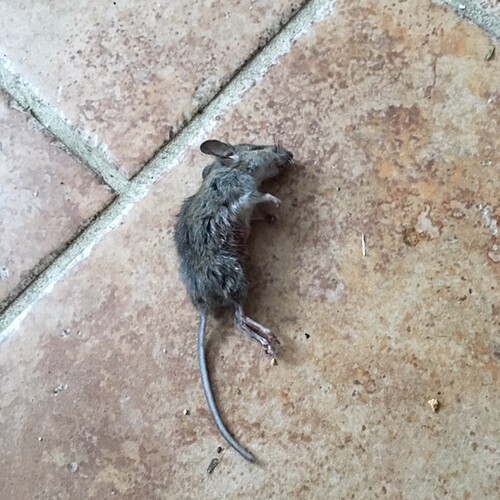 willowleaf, you are obviously highly valued.

For me, a new block plane but for my wife … A new 6 deg carbon paddle from Gene Newman.

Your cat loves you!

I agree. Who else would leave you an edible treat?
We have always had a cat or two. We have been brought mice, a garter snake, a bunny, several baby gray squirrels, a baby flying squirrel, and my favorites, live adult chipmunks.
Most were unharmed and released. We raised 2 squirrels and took several to a squirrel rescue person.
You haven’t lived until the whole family, including the dog, is trying to catch a chipmunk in the house, while the cat watches.

Likewise. Years of retail kind of took the shine off of that apple for me and my wife’s climbing experiences in Bhutan, Nepal, Argentina, Ecuador, Mexico, Africa, etc. changed her views of the Holidays. Now we celebrate Christmas and New Years with a long walk in the woods.

What a good kitty!

I sort of envy your experiences , but yesterday here was about nothing but Christmas. We had 2 son in laws, 2 daughters, 5 grandchildren, and a great grandmother for a traditional celebration and we were missing 4.
Insane fun!

Raisins…somehow I knew you’d be out in the weather yesterday. I was a little under the weather.

My cats are indoor but I live on the edge of woods and the field and house mice try to sneak in during the winter (I probably encourage them by heavy bird feeding in the yard). Kubo, my tuxedo cat, was a shelter waif who’d been rescued from a vacant lot in a city slum and he’s an epic hunter. He hears the rodents as soon as they sneak in and tracks them relentlessly through the basement until he can snag them. Usually he dispatches them straightaway but sometimes he’ll carry one up to the living room to play with it.

Such was the case last night when I came downstairs to turn off the lights before bed and found him and Brooks, the big dumb tabby, playing soccer with a second mouse, this one live and apparently not yet damaged. I was able to corral it with a colander and cardboard and evict it to the front yard.

Kubo is still sulking at having his toy removed. Kind of ingracious of me, I know, since he brought me one of my own earlier. 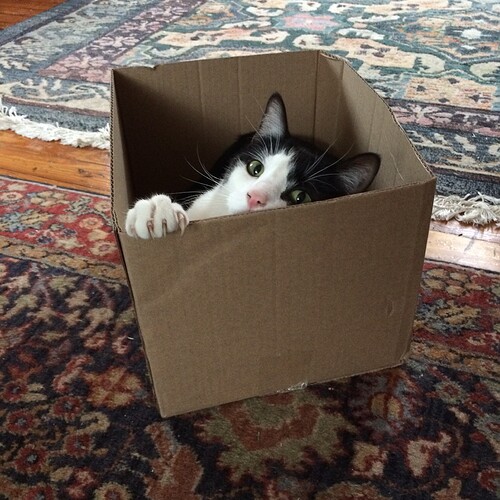 Seems to be the Christmas of the cat everywhere…
About a month ago my cat of 18 yrs passed away. I was gifted with a 1000 piece jigsaw puzzle of his portrait. And a (so far) delightful little book,“Why Fish Don’t Exist” about the life of the naturalist David Starr Jordan. Amazing man - at the time of his death he was responsible for the scientific naming and classification of one fifth of the fish species then known to man. Stranger than fiction.

Held Christmas masked and outside this year at 20deg. F. It was just fine. The German Shepard in attendance especially loved it.

That one’s just too tempting as wordbait.

Jordan was definitely an interesting man, and he left a complex and controversial legacy. His strong belief and advocacy of eugenics is leaving universities to rethink some things. Both Stanford and Indiana have removed his name from buildings on campus. His 1902 book “The Blood of the Nation: A study of the decay of races, through the survival of the unfit” was an early work on eugenics, and later in life he was a founding member of the Human Betterment Foundation, devoted entirely to the promotion of forced sterilization legislation. No denying his contribution to ichthyology though!