When one lifejacket isn't enough! 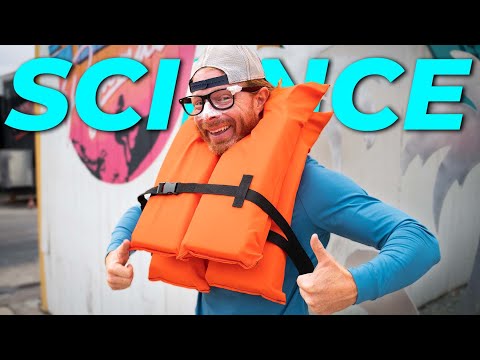 There has been concern for quite some time now. Reminds me of something I vaguely remember.

Life Jackets Issued To All Americans For Some Reason

WASHINGTON, DC—Assuring the nation that "there is no need for alarm," the Office of Homeland Security issued all U.S. citizens life jackets for some unexplained reason Monday.

I had a life-jacket two Halloweens ago and then when the lifejacket rule came along I got another and then another. Now it is being suggested I get a fourth one to be extra safe, but I’m saying enough is enough. My sister says I can do what I want but she won’t see me for Christmas without the extra life-jacket.

I resent the fact that they do not take natural buoyancy in to account either. The reason I got sick after my first life jacket was because I had been exposed to water , but was asymptomatic and did not even know it. Maybe everyone needs to get a little bit wet? Remember if your hair stays dry, it doesn’t count as TexasLady used to say.

Oh boy is this political?

Why no. We are just discussing life jackets.

Once you get thrashed in a cold, dark maytag, when you can’t tell which way is up, you will be happy to have a lifejacket with more floatation.

With new reinstated NY PFD mandate I went to Home Depot. Half the people had no PFD on. Even some employees didn’t have them.

No clue why PFD is made with just enough to float some people even in largest size.

For anyone interested in REAL Science (not what gets filtered and garbled through mainstream media and random web garbage, my retired biochemistry prof buddy recommended this weekly podcast “This Week in Virology” by the folks on the frontlines of virus and vaccine research. Really worth watching (and there are new ones each week). Much good sense and reality here: 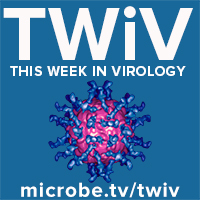 be immunized against COVID-19, and whether or not booster doses are scientifically justified.

I was supposed to go to a trade show in NYC in January and they wanted me to tell them about my PFD in advance using a mobile app. We decided to pass this year, not only because of that, but also the crime is so bad up there right now that we were afraid we would be robbed of our PFD’s or worse.

I personally think they rushed the development of PFDs, so I will wait to see before I put one on.

I have heard the lizard people have put trackers in PFDs so they will know where you are when they invade.

I just heard that PFD’s would make you sterile. I might start wearing one after all…

Learn all this on the internet! Unmasked Face Book is my favorite source of info. My next favorite is Paddling dot com!

I got three PFD’s. Crime is keeping me from the city. Not that I’m afraid I just have a impossibly hard time being silent in the face of stupidity or threats. Two guys on subway few years ago talking crap. I told them give it a break. They said it’s a free country. I said good so STFU!

NYC obliterated all PFD laws so everyone is sinking. Total anarchy on the water.

Thanks for the link. Watching now. Very good info in a long form format.

Well, you know how I feel about PFDs from the “thread that shall not be mentioned”, I’m all for them, and strongly recommend them, but people should make their own choice and live with their consequences.

Sometimes the consequences are not living. But but… you know they put microchips in PFDs to spy on you? Heck save that money that you set aside for a PLB or InReach…

And today one of the PFD companies announced preliminary data that the third PFD I got increased my flotation by 37 times! This stuff is better than kapok.

Yep, people make bad choices all the time, and sometimes the costs are very high.

I’m not worried about a microchip in my PFD. If “they” want to track me or almost anyone, they can just follow the tracking device we carry around that we call a phone.

aah good. But in April you might need a fourth PFD