Which 1 should I get?

Hey fellow paddlers I am looking to buy a fast sea yak, at first I thought about the looksha iv on the advice of a friend, got a chance to test one and it was ok but not that fast. I have narrowed it down to either the Eddyline falcon s18 at $700 and the Wilderness systems artic hawk 18 Kevlar $1000. What are your thoughts?

The Arctic Hawk is fast. I did paddle a borrowed Necky Looksha IV once. Nice kayak but not as fast as an Arctic Hawk.

I have an Eddyline Falcon 18 and have owned an Arctic Hawk in the past. My Falcon is Kevlar while the s18 is Carbonlite, and my Arctic Hawk was fiberglass, not Kevlar. Speed-wise, they are probably comparable. My Arctic Hawk weathercocked quite a bit, more than the Falcon. Neither of mine has/had a skeg or rudder. If the Artic Hawk you’re looking at doesn’t have skeg, that might be an issue. The Hawk might do better for rough water as the Falcon has a very pointy, low-volume bow. The Falcon punches through waves rather than riding over them.

The Arctic Hawk felt tippier but also “livelier” than the Falcon, but neither would be called stable. The cockpit on the Hawk was quite small for a keyhole - you may have to slide in straight-legged off the rear deck. The Falcon cockpit is more typical. The Kevlar Hawk is probably a little lighter than the Carbonlite Falcon.

You’ll have to decide on value based on condition of the kayaks but they both seem like good deal if they’re in good condition.

I personally sold the Arctic Hawk because of the low stability. It was fine when moving forward, but tippy if I wanted to stop to take a picture or just look around. The small cockpit was also getting annoying for my old legs. I like the Kevlar Falcon. It feels like it’s on rails with really good glide. And my Falcon is light at 43 lbs, but I think the Carbonlite version you’re considering is more like 50 lbs. 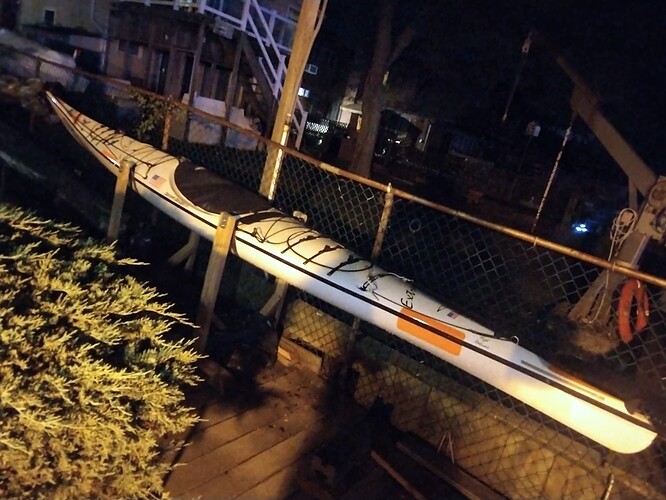 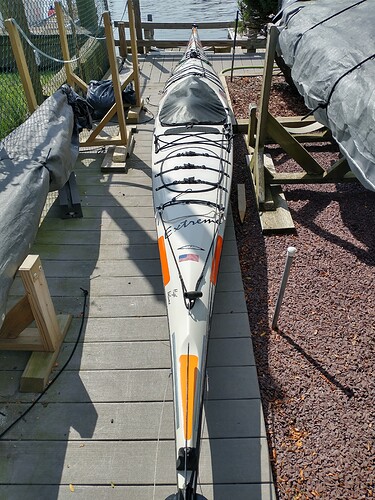 Get what you like visually to look at, what’s comfortable, speed is only part of it.

Not going to matter if you’re cruising at 3.5, 4, or 4.5. Top speed 6 or 7 you won’t be at top speed very often. Match your boat to conditions you expect to encounter and or enjoy.

Then choose a boat with a long waterline and little rocker.

Yeah thats what I’m looking for. Limited to what is available used in my area. I would like to find a mariner II, borrowed a friend’s and it has to be one of my favorites.

If you are looking for a boat that is easy to maintain at cruising speed, a longer hull will not necessarily be beneficial.

Sure, a boat with a longer waterline length will have a higher theoretical hull speed. A longer boat because of the added buoyancy conferred by its additional length, can also be made narrower and still maintain the same capacity and the narrower hull will be “faster”.

But if you look at two boats of similar width and hull contour, the longer boat will also have more skin friction to overcome and will be slower to accelerate off the dime. Since relatively few of us paddle at theoretical hull speed for any length of time, the increase in skin friction can be a bigger concern if you are usually just paddling along at a fast cruising pace.

Thanks for the detailed response, I do like the look of the hawk but I am leaning towards the falcon. I’m still looking, I just messaged a fellow member about a mariner II in Jacksonville. I think it faster and more stable than any other that was mentioned.

As I recall the thirteen kayaks I’ve owned over the past 38 years, the Arctic Hawk was my least favorite. It was cranky in any kind of seaway and weathercocked badly. I affixed a DIY skeg which helped ease the weathercocking but I was never able to really get comfortable with the Hawk. On the other hand, I would count a not too dissimilar boat, the Caribou, as my over-all favorite kayak. The ‘Bou was lovely to look at, paddled beautifully, was fast enough for my own energy level and I would trust my soul to it in most sea conditions. Now in my 80s, weight has become a dominant issue. I’ve sold off most of my kayaks save my Epic GPX and a Feathercraft Aironaut that I carry to Florida to paddle among the mangroves in winter. I’m somewhat surprised that I’ve come to enjoy paddling the little Epic as much as I have. It, too, needed a minimal DIY skeg and that has tuned out any significant weathercocking. But, while the GPX is relatively light at 38 pounds, it still feels heavy compared with my 20 pound Aironaut. For the sort of paddling I mostly do these days; placid waters, winding rivers and the like, perhaps a light weight pack canoe would serve well enough for whatever number of days are left for me to swing a double-paddle.

And, as Paddle Dog suggests, if you’re willing (and capable) of doing some really strong, high endurance paddling then there are long, narrow boats that will take everything you can give and more. Otherwise, don’t discount the shorter, light weight kayaks.

As I recall the thirteen kayaks I’ve owned over the past 38 years, the Arctic Hawk was my least favorite. It was cranky in any kind of seaway and weathercocked badly. I affixed a DIY skeg which helped ease the weathercocking

That’s interesting. I rigged up a DIY retractable skeg on my Hawk as well to combat the weathercocking. 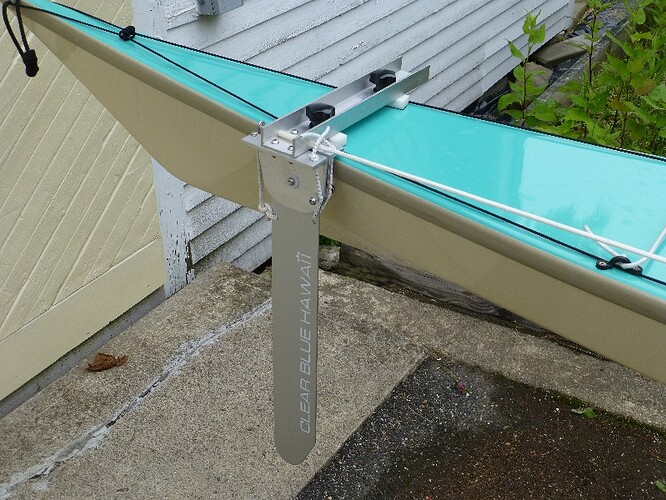 How fast is fast?

It’s interesting that you mentioned the CD Extreme, one became available in my area except it is the HV version. Also l tested the Hawk and eliminated that one

How much was it?

Asking $900 got him down to $800. This thing is pristine lite scratches on the hull, no cracks in the gel coat, or soft spots that I could find. Can’t wait to get it on the water tomorrow early. Thanks for everyone’s support and advice.

The Flyak - A Flying Kayak

The Flyak is a racing kayak with hydrofoils which allows it to essentially fly just above the water once it reaches a certain speed.

Wolf,
Nice piece of engineering. My own add-on skegs were fixed and not as elegant as yours.