Beginner to kayaking and just wanted to get an idea of what might be better for me, I’m 6’0/275pds and will be using mostly in ponds/lakes and POSSIBLY in a bay with calm waters (it’s open water technically, but very sheltered and would not go out if windy/rougher as I’m learning). No current plans for trips over 3/4 hours if that should factor into making a decision.

No preference of Sit-in or SOT, if Sit-in I would like it to have a big cockpit. 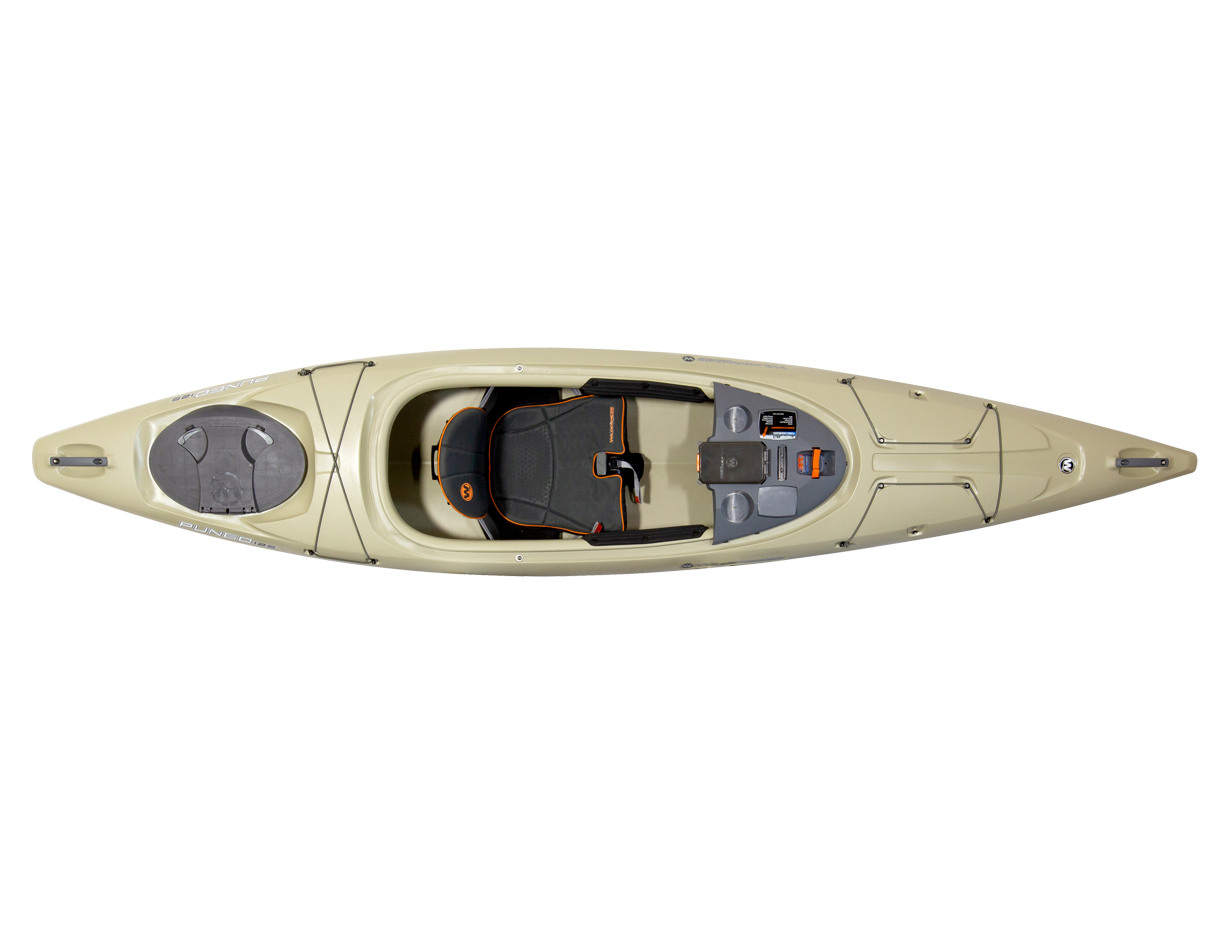 Have also seen these, anyone have experience with the below:

The Seastream Backwater takes kayak fishing to a new level offering anglers the ability to operate in stealth like performance and speed while getting into waters that most can't. This kayak offers a variety of angler ready features such as flush...

The Seastream Openwater offers incredible versatility and optimal performance in a complete package - ready for wide open bays, lakes and running rivers. The kayak offers a variety of angler ready features such as flush mounted rod holders, an...

When you said bay, it put the 2 rec boats in the negative column. In most cases they are fine unless you get caught in a storm. I did when I first started paddling in a rec boat.

A SOT will not sink so it can go anywhere.
That said ,Pungos are great boats .

Would you be paddling alone and further than swimming distance from shore?

If the answer is yes the Pungo comes off your list right away. The Seastream Backwater could be made to work with a lot of float bag addition.

In fact the only one that possibly fits a “Yes” answer is the Seastream Openwater. Note that it is also the ONLY boat of the three where the manufacturer specifically includes open bays as an appropriate location for use. I don’t know this boat but it appears to be designed so it could be remounted from the water.

BTW, just saw String’s answer. My husband and I got our first proper sea kayaks after getting caught in a surprise storm in a bay, and frankly not all that far from the mainland. But even a couple of hundred feet can be a huge distance when you are paddling your ass off trying to keep from capsizing. Our boats were really decent transition boats, but we quickly realized they were NOT up to that. We managed tp land on an island and had three hours of more storms coming up to put together a list of what we needed to come back with the next season.

I would be paddling alone most of the time, but not far from the shore (I would definitely stay within swimming distance), the shore will always be in sight, as a beginner I would not venture that far, I would go along the bay, near the shore, not out away from the shore (if that makes sense).

I would probably go in the bay after having it used in lakes and being comfortable with my skills, so that wouldn’t be for a while and when there would be no wind, I know wind can kick up immediately without warning, but I would definitely go back to shore as soon as I wouldn’t feel safe. I just wanted something that MIGHT work in a bay in the future.

To give you reference of the bay I’m talking about (I would stay in the browner part closer to shore): 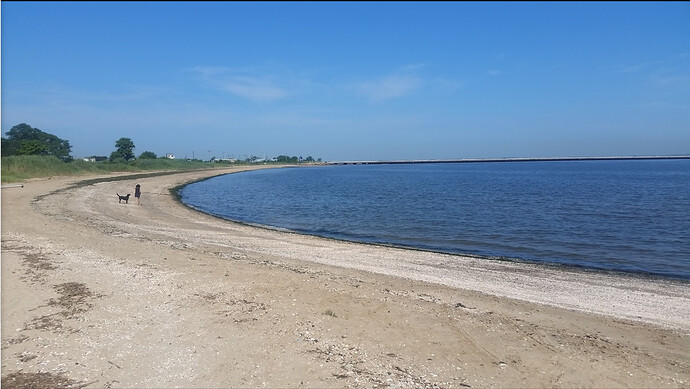 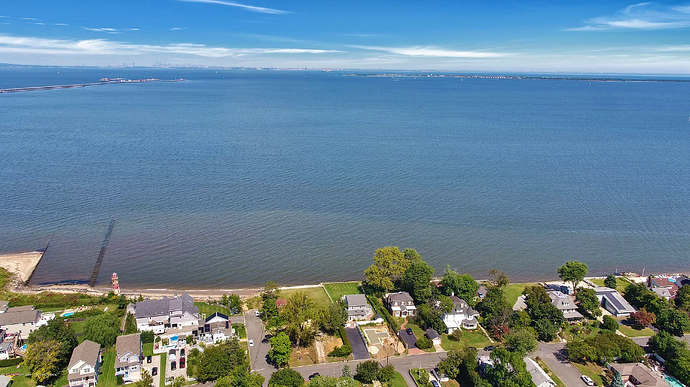 For some background info on the different types of kayaks, check out an article in California Kayaker Magazine at http://calkayakermag.com/magazine.html. Issue #10.

Get something that fits and feels good and realize that weather can change in minutes. I still paddle a Pungo 140 but my go to is a WS Tarpon . It has passed the storm test several times.

I also have to be mindful of the weight limits (unfortunately), hence why some of my choices!

From Celia - same answer as above. I am seeing the potential for some bodacious fetch in thos photos.

It can happen, have been out there (I walk my dog on that sandy area - first pic) and see what the water can look like when windy, but I would NEVER go out there when windy, only when dead calm, and that would be AFTER many times out on the lakes after I get to grips wit the kayak and I might not even go out on the bay after all, all depends.

I have been on SOT before so its not like I’ve never been on a kayak before, but nonetheless still have very limited experience.

With a fetch like that the only way you can be fairly sure to avoid getting caught out is to live by a good weather radio with alerts or an equivalent device that would work for where you are. You have not indicated if you feel that is crucial equipment. I would suggest you add it to the list.

Not on my list yet since as I said I would go on lakes only first and become better at padding, getting to know my kayak etc, going out on the bay MIGHT be a possibility, so I wouldn’t focus too much on that right now. If i even do go out int he bay then I might consider those items, but that’s not going to happen this year at least so not worried about that right now.

A goal of getting better at paddling is a bit of a red flag for really basic boats like these. If it means more advanced skills for bigger water, these are not boats in which you can learn or even execute a lot of them.

Take some time to read the resources on this site. Now, before you spend money, about the capabilities of different boats.

Click on the top line menu, “LEARN”. Then go to the Articles on Getting Started and Articles on Techniques and Safety. And look at the videos.

This is why I recommended you seek out a used Tsunami 145. This is a boat you could grow into, which would allow you to develop skills, and with which you could, if you ended up wanting to, go out in bigger water.

I would need to see if I fit in that (so would need to try it first, the other two mentioned I would definitely fit in), its narrow and has a smaller cockpit which might make it harder for my size to get in & out and also holds 350pds so would almost be at the higher end of the weight capacity.

To be honest I’m just looking something to paddle & relax on weekend in a river/lake, at the moment.

True, you should certainly try any boat before you buy it. And maybe a sit-on-top will end up suiting your better.

Check the widths. Archimedes will be obeyed.