I’m on the hunt for a composite surfing longboat. Jeeze, it’s TOUGH out there with NO inventory on the surfing longboats that I am interested in. (I talked to local dealer who said that a CD Karla LV wouldn’t be available until 2023!?! With the Valley Gemini SP, I would have to ship from a midwest dealer.)

I have the Sterling Progression on the list. So, how is your Progression holding up? You’ve been in a 10 year relationship with it, right? Now that the initial passion has worn off, how is your ocean playing partner really? How durable has the Progression been in the rough and tough sea? Are you getting leaky hatches that some were noting/complaining about? Is the Sterling Progress really good small batch craft beer, or just weird “koolaid” as some argued previously.

Anybody with a Sterling relationship, feel free to jump in with your thoughts.

The composite surfing longboat is going to be my version of the “three-quarter life crisis” vehicle. I want to surf (rather than drive) into retirement with it. It’s supposed to take 3-4 months from order to delivery.

I’m really not much of a surfer, but do so occasionally.
(I mainly learned the surf, years ago, so that I could get in and out on long trips).
So, I can handle the surf, but I’m not much of a ‘dancer’ in the surf.

Anyway, I’ve had a Progression for several years. It surfs well, but it’s also just a joy just to paddle. I’ve used it on my ‘long day’ paddles (45+ miles), but use it more on my weekday paddles (10 miles).
(a ‘not very good’ picture of my Progression appeared as the 2nd post on the long running thread: ‘show off your boat … let’s see pics !!!’ )
I think of it as my ‘cork’ boat. Nothing will sink it.
(hatches, yes the hatches do leak a little. It’s the ‘cover’ not the hatch itself. I’ve used KayakSport & Eddyline covers instead of the Sea-lect - no leak.)

I also have had a Petrel Play (Turning Point Boatworks) for about a year and a half. It seems to be more of a ‘technical’ surfer. I’ve had it in the surf only a few times - but it’s a boat I’ll be able to learn to do more ‘moves’ in the surf with. I wouldn’t take it in as heavy surf as I would take the Progression in. I also use it as my ‘daily’ paddling boat. Gets quite a bit of use.

btw - if you have a Sterling shipped out here (east coast from west coast), Sterling uses the Eddyline shipping containers. They’re a ‘toughened’ cardboard container. I haven’t had any problems with them (have had 3 kayaks shipped to me).

Thanks for the feedback, Raisins. Actually, I am not a “dancer” on the waves either with a longboat, although I am able to do long carves with the Delphin and the RTM Disco (The Mystic RM has more tendency to slide out).

What has captivated me with the Progression is the videos I have seen of Progression surfers who are able to do what seems like the longboat version of “cut backs.” I think this capability is due to the combination of the rocker AND the “skeel” (skeg) that is located right behind the seat area, as opposed to farther back towards the stern. The skeel location is much more akin to the location of a center fin on waveskis and surf (specific) kayaks. I imagine that skeel provides more grip/bite into the waveface where the surfer’s weight is, as opposed to the skeg farther back as is standard with more traditional sea kayak design.

Also, good to know about the shipper. Sterling cited a shipping of $900-$1000 from factory to east coast. It better be good and dependable with precious cargo!

I’ve only had the Progression for 4 years and paddled an Illusion for 6 years prior to that so it’s a 10 year relationship with Sterling but not strictly the Progression. I don’t bash around in rocks with it or any other boat. Rock gardening just isn’t my thing so I can’t speak to how it would hold up to that sort of activity. I have found myself in the wrong place at the wrong time and being hammered between the bottom and crashing waves. That is tame by your standards but the sort of thing that damaged other boats I’ve had. No damage to report with the Progression. All three hatches are remarkably dry. At the end of sessions I keep peering into them expecting the worst but no water entry at all which I still marvel at.

Folks like different things about different boats and make different choices. I choose boats that make things that are important for me easier. If Point A to Point B efficiency mattered to me I would choose something other than any Sterling boat and the Progression feels slow compared to my Illusion which wasn’t fast by any standards. At 195 pounds I am above the ideal weight for it so YMMV. I like spending time on the edges of a boat and messing about. The secondary is so generous and secure and easily does stuff that I have found more challenging or more work in other designs. Super maneuverable. It provides crazy comfort in difficult waters. As far as cutbacks on wave faces I have mixed success but that is on me, not on the boat.

The stuff that can be done between Point A and Point B in this boat is the real joy for me in owning it and spending time with it. When out paddling with friends I tend to spend time playing on features that their boats don’t take a shine to. Maybe I’m just not as Point B goal oriented as others or maybe I’m feeble-minded and just easy to entertain but I really like this boat.

Something you may have heard is that Sterling and Marsha have sold the company. Boats are coming out of the same factory, built by the same team. Take a look at their website which has been redone for the better.

Ok. As with Raisins, sounds like you are still very much in love with the Progression, even though you each have other options.

I didn’t know that Sterling sold the company. I saw a 2018 video where he was leading a tour of the factory and explaining vacuum infusion process. Impressive. If members of the factory team are the owners, I am comfortable that the knowledge has been retained if not improved/expanded.

I am 150 llbs and said that I would be carrying 10 lbs of misc safety gear at most. Sterling rep said that I was at the “ideal weight.” Even if you over the suggested weight, I suspect you have enough seat time that the Progression feels fine.

Any thoughts about the differences between the carbon/kevlar vs the glass lay up, besides cost and weight (duh…)?

At 160 “clip-in” weight I think you are the ideal size for the boat. I have zero qualms at my weight but I bet it would be even more responsive if I was lighter. I have paddled the Illusion and the Reflection in both glass and carbon but never the Progression. My Progression is glass and weighs a tiny bit over 43 pounds. It is super responsive but, Holy Buckets, I bet it would be crazy in carbon.

I don’t know what the real term is to describe this characteristic but the boat feels real “floaty” in rough water. Something that would drive the “fast-boat” people crazy because the “P” doesn’t knife through waves like a lot of other designs. It tends to stay on top so there is probably more up and down going on and it doesn’t get torqued around in dynamic water. I don’t know if that makes sense but that is how I think of it.

Thanks, I am leaning towards glass. But, I wonder whether I would regret that 3-5 years from now.

Anyway, If I order soon, I have it right at the tail end of our winter surf season.

Thanks for all the feedback. It’s done. I drank the Koolaid.

Similar to ordering my first customed waveski… I am totally psyched.

I have never seen a longboat that can do this: 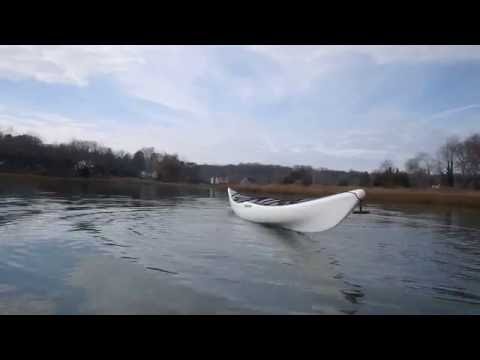 You will be a very happy boy!

Congrats, I’m sure it will become (one of) your ‘forever’ boats (without the ‘crunch’ in this posting)

Too bad Monkeyhead is down south. Locally we have a kevkar Grand Illusion at pretty good price. I thought about it, but know deep down that it’s way too big for me to be enjoyable. Not interested in multiday volume sized boat:

By spring I think they’ll be many new kayaks available. 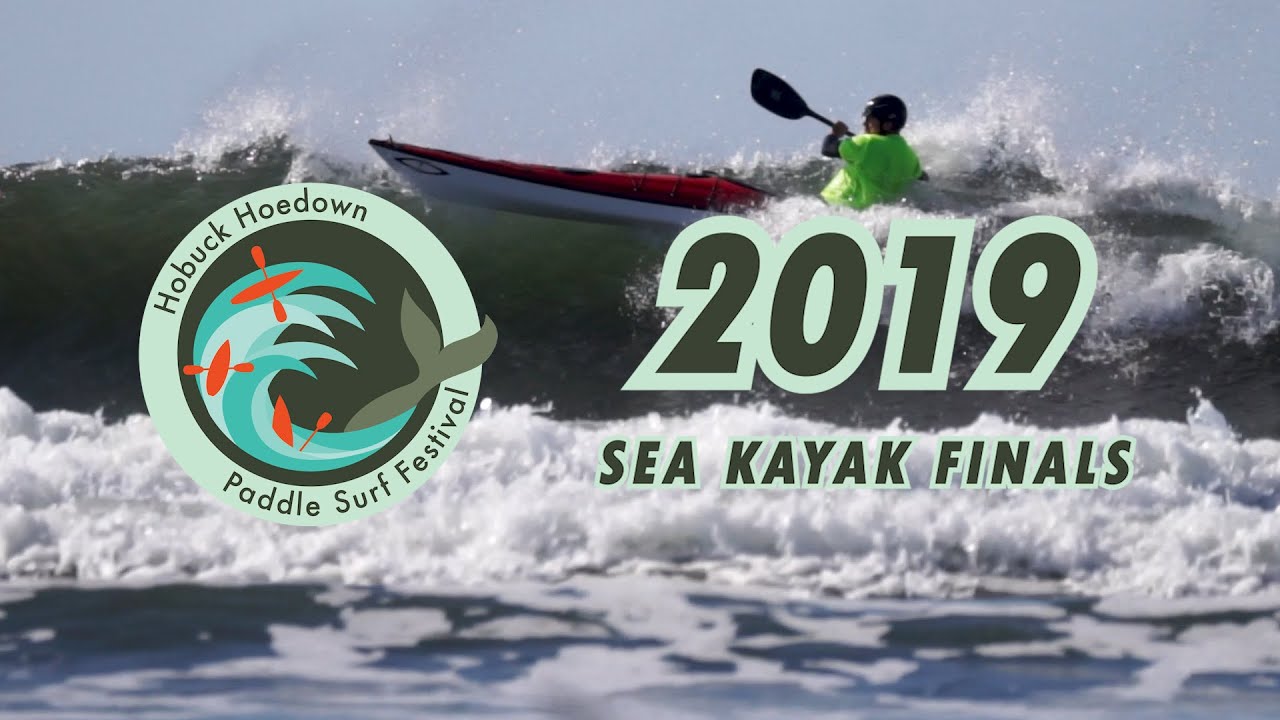 Getting pumped to get some longboat surf in this coming weekend.