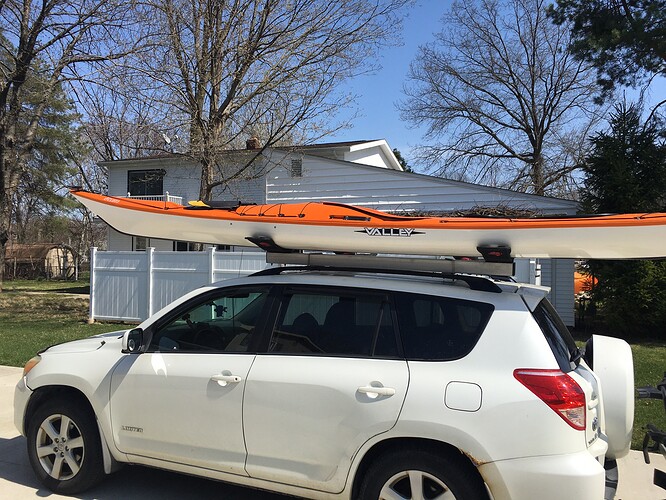 Using the OE bars on my RAV4 put the rear cradle too far forward of the rear window spoiler. If I wanted to load the boat myself, I had to put a folded towel on the spoiler and risk the boat sliding sideways and off, since I’d be 18-ft away while sliding it up.

I thought about the surf ski racks I’d seen, and contacted a few surf ski rack retailers, but didn’t like the angle of the V. They all offered various amounts of foam inside the V, which would take up some of the difference between the hull angle of my boat and that of the rack, but eventually I hipped to the idea that I could just mount my existing Malone wingracks to a longer support bar and get everything I wanted. Now the rear wingrack is much farther back, allowing me to place the bow of the boat into it and then letting me just slide the rest of the boat into place by myself. All the parts (except the wingracks, obviously) were sourced from McMaster-Carr, except the plastic caps on both ends of the alumimum square tubing, which were purchased from Amazon.

This setup allows me to easily load/unload my 18-ft boat by myself AND provides such a wide span between the supports, I don’t usually even use a bow anchor line. The wingracks are positioned directly under the front and rear bulkheads.

Good thinking on that one. Nice to adapt a solution to fit your needs 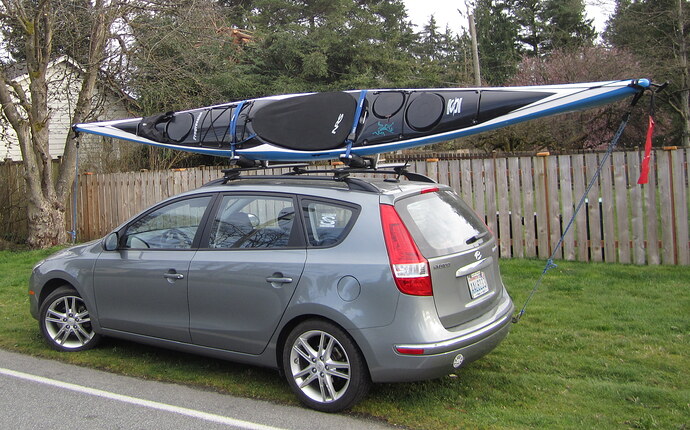 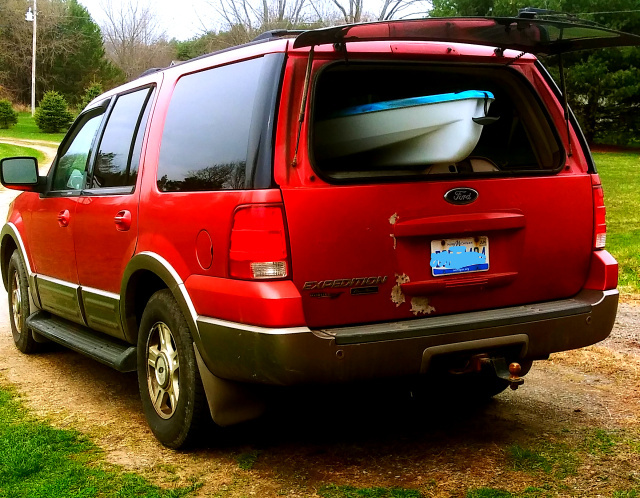 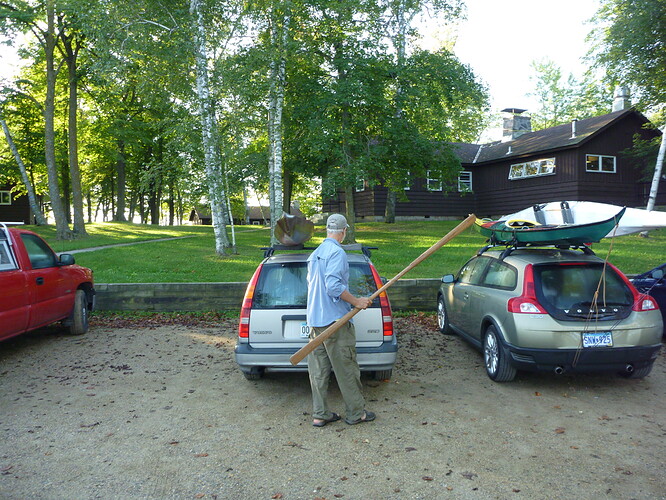 Many Moons Ago. Still have the Volvo. The Rasta Cuta and sb1.3 (third skin job) are long gone.
That is a two person baidarka on Tony’s wagon. We rolled that thing together,
I never got a copy of the video. He said it felt fine, I thought it felt terrible in the rumble seat.
It was a one and done.
Best shot of the Baidarka includes moi. Those eye bags give me back problems now. 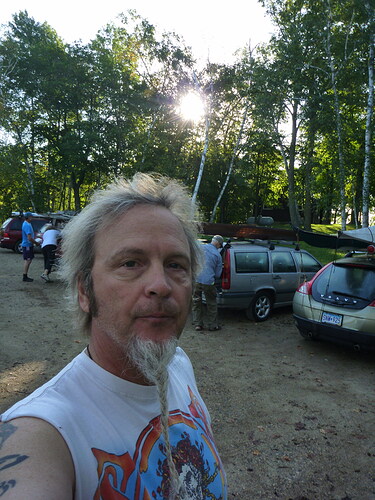 Temps heading for the 70’s today so we took our wedding canoe (Sawyer Cruiser) out for a run. Went from Gale Road down to Smithville Dam and back. Turtle count was over 100. Paint on the lower hull was new last year to cover up the epoxy covering up many of the battle scars. I need to get some flat gray for the inside. 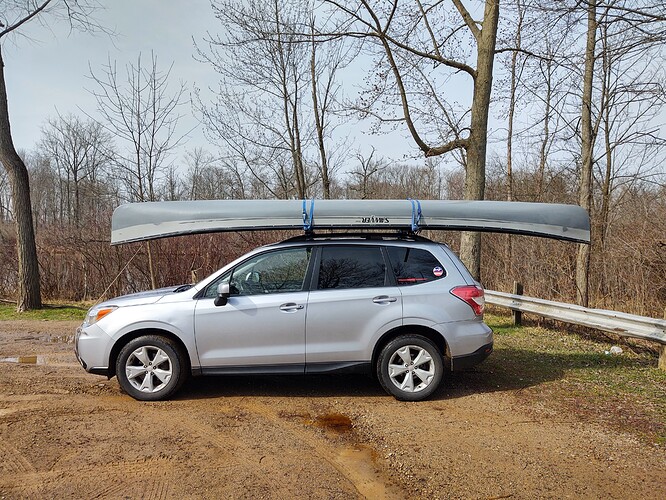 I bought a tandem Hobie shortly before a trip to Florida, only to discover that all the racks and carts rated for something that heavy (~100 lbs bare) seemed to be backordered. So, I ended up building my own courtesy of Home Depot, Amazon and McMaster. My cross bars are a bit over 7’ off the ground, so loading from the rear was the only way I could come up with. I built the cart so that it uses the scuppers for alignment, but has bunks that extend the wheels about another 18". When I plug the cart into the aft set of scuppers, the wheels are far enough back to let me get the bow up on the ramp on the end of my rack. Then it’s a fairly easy matter to lift and slide the boat into position. The setup survived the trip from Chicago to Florida at my customary highway speed with zero drama, so I’m satisfied with the rack (although I need to add guides at the rear to ensure the boat doesn’t wander to the side as I lift it up). The cart is also fine for now, but does not collapse, which could be a limiting factor. 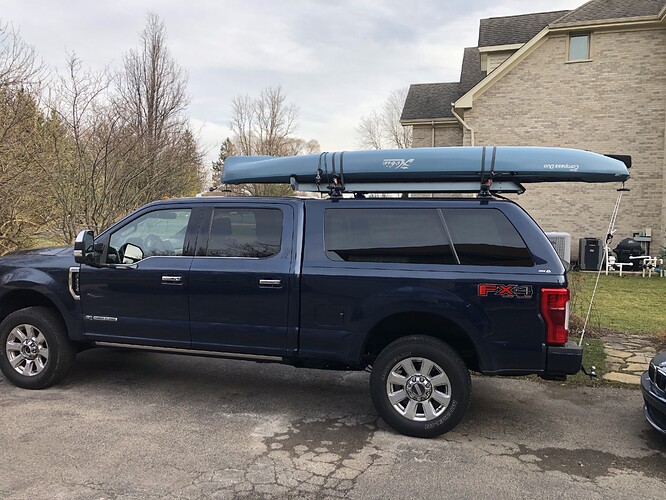 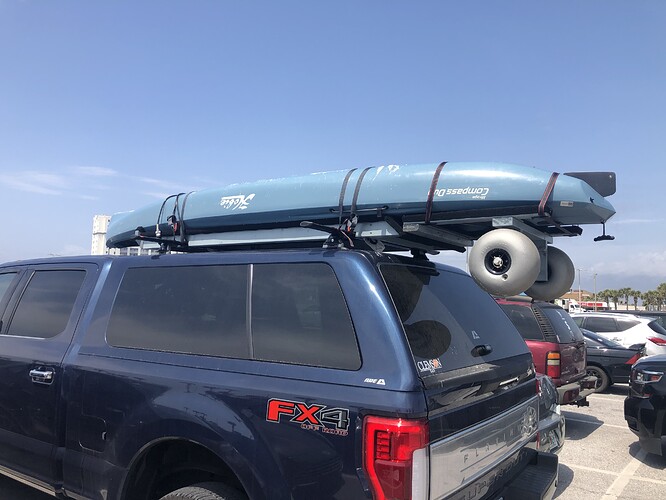 Our vintage Hornbecks on a rack made with fittings from Lowe’s and aluminum pipe repurposed from our previous boat rack. 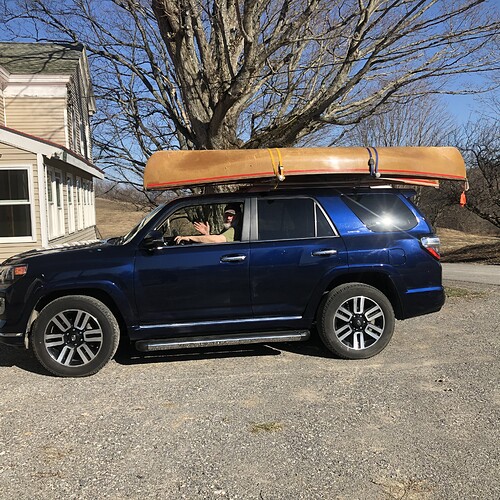 That is awesome. Nice and easy AND secure! 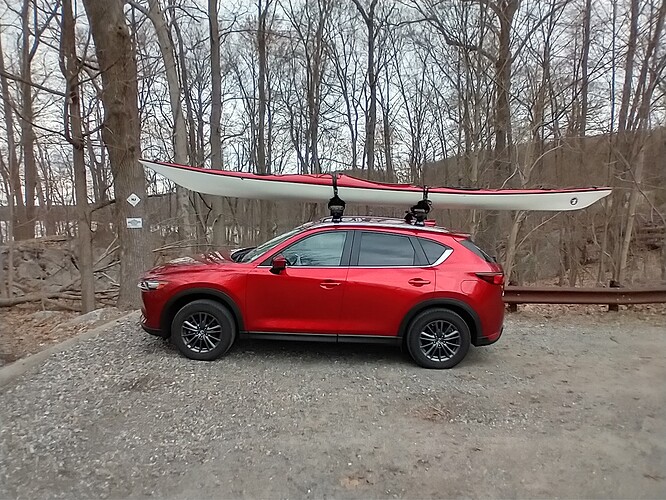 The car or the boat? 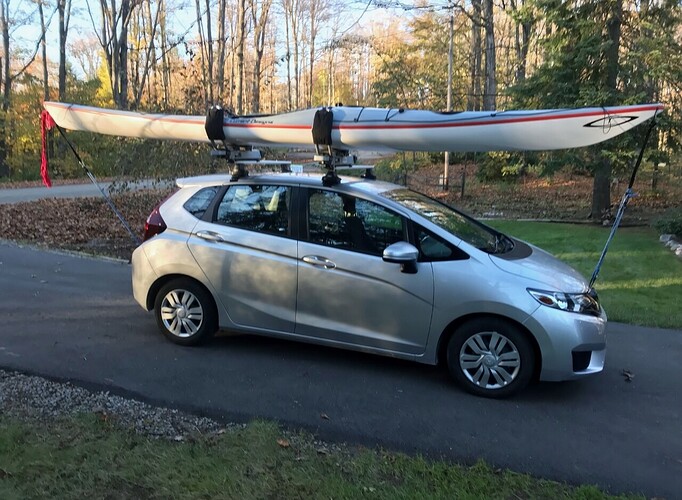 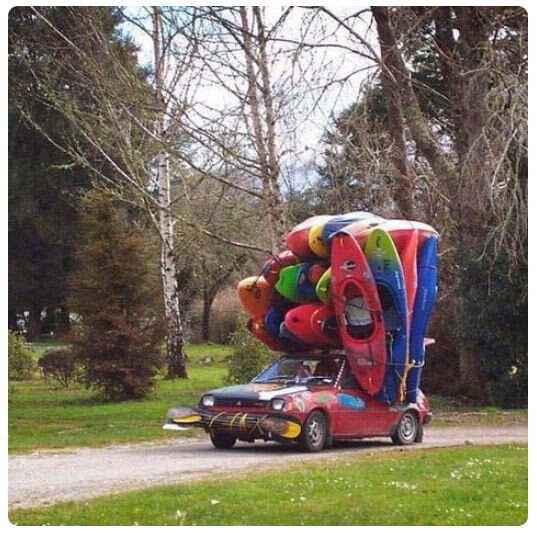 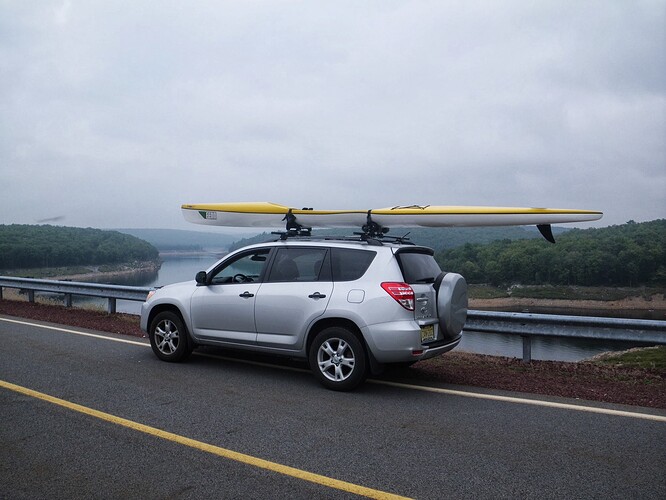