So a couple years ago my wife and I were visiting green Lakes State Park in New York. The y have two “Glacial” lakes that have been unadulterated since the glaciers and are a pretty green tinted water that is actually pretty clear. They had kayaks to rent and a tandem was available so we went. That’s where this story begins. We had a great time out on the lake. ( you can only use their boats to keep the lakes pristine).

Then earlier this year my neighbors son has two kayaks he says we could borrow anytime.
We take him up on the deal and go to the small near by lake in Medina, NY.
Hook, line and sinker.
We were both hooked from that time.

So now we are want to borrow them again like 2 weeks later but he is nowhere to be found.
So one of us suggests going shopping for our own. We went to several sporting goods stores, wally world, and another store. Nothing really appealed to us.
There is a canoe and kayak store not too far from us, actually closer than some of the sporting goods stores we went to, but in the opposite direction.
We decide to check it out. They have a pond you can try them out on before you buy.
Well we spent about 4 times what i was thinking at the beginning of this adventure, However the equipment we have is WAY better than anything we looked at before and after actually trying a couple different kayaks out we are very happy with what we have.

I was searching online for places in the area to kayak in and found this app for my cellphone.
THANKS for creating this. My job takes me all over Niagara, Erie, Orleans and Genesee counties in western New York and I have found several places to go close by and several places we will be going to in the southerntier for long weekend outings.

My goal is to go to several locations on the map and leave input on the location with pictures of launch areas and random pictures of the paddling areas.

As said earlier, we really enjoy lake glenwood in medina. we usually spent 4 hrs paddling, letting the wind or current take us where it will, paddling up the the falls at the other end , or just sitting in one of the alcoves. Most people just paddle up the the falls and back.

I’ll copy some pictures from my phone to the computer later and post some in the picture section or maybe even start another thread of the places we’ve been so far.

Welcome to the forum!

Welcome to the community.

Congrats on your purchase of new kayaks. Am hoping that you and your wife have taken a lesson from a certified instructor and know how to get back in your boats should you capsize.

Welcome aboard. Lots of good info here, and some knowledgeable folks willing to answer questions. Looking forward to seeing your photos. There are 2 long running photo threads you might enjoy.

Hi George and welcome to the forum.

We are in the Erie, Crawford County areas if you need any suggestions we have a few spots we like being relatively new ourselves. What type kayaks did you end up getting? Along with being able to do self and assisted rescues some rec-kayaks have much better capsize floatation than others and if yours don’t have enough there are ways to improve that. Also being the first day of fall the water temps will be dropping fast and the air will still leave us many nice warm days. Be aware of immersion and be dressed for it. as the water cools we hug the shoreline closer. Spend the money on good PFDs and wear them.

Hope to see you on the water.

Hi George.! Nice to see you in the circle! Now Step 1: admit it: you are powerless over the lure of kayaking!

this is my neighbors kayaks we borrowed.
Obviously we had a great time on them. 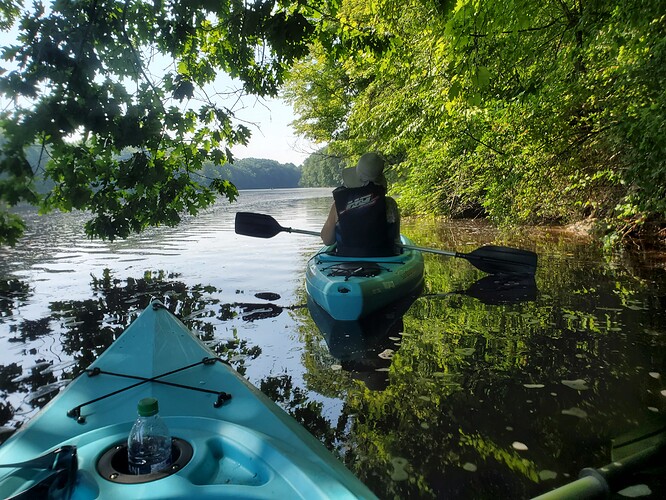 this is what we bought 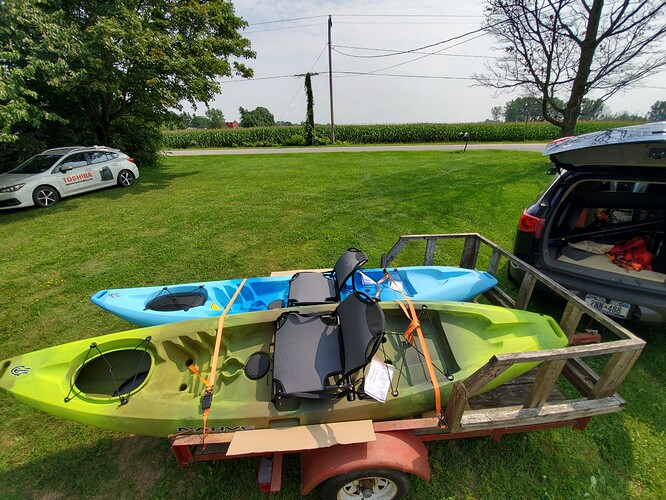 one of our favorite spots on glenwood lake. these are very comfy seats. water is only 6 to 8 inches here but there is a lot of wildlife around 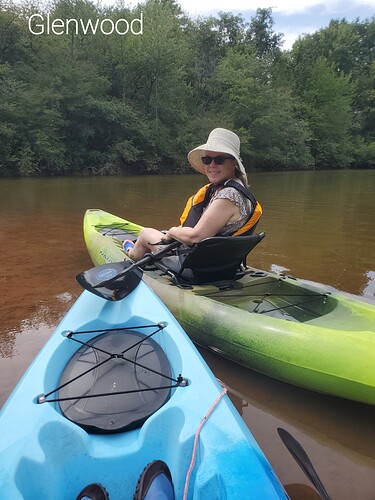 this is the falls at the other end of the lake. most people get in at the launch, paddle to the falls then paddle back and leave. we like to paddle all over and hang out in certain areas and just be in the moment 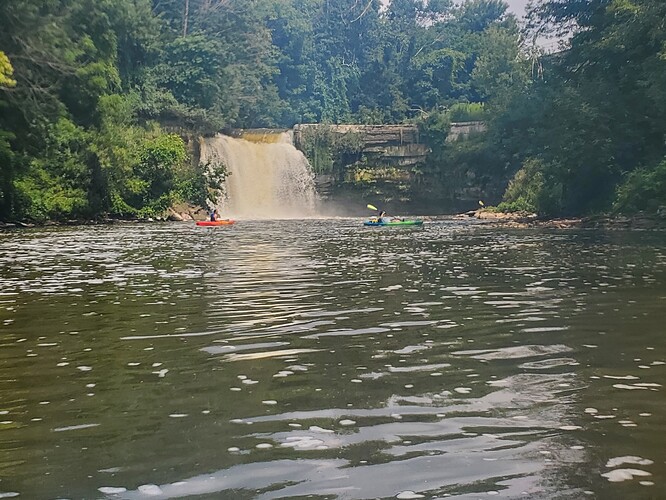 Hi George, welcome to a wonderful sport. Water is getting colder where you are every day as we move into Fall and Winter. Watch this: https://vimeo.com/529139413. Read this: Cold Water Paddling Gear - Google Docs. And I also invite you to visit our web site and learn more about the subject: www.coldwatersafety.org

@MoultonAvery I did not realize that you were related to that website… good information there. Keep up the good work!

thanks so much for the links.
cold water has been a concern anytime I’ve been around water that would be colder than say 60 degrees for most of my life as swimming in lakes and oceans that were cold i noticed the effects it had on me and i really prefer 80 and above water .
I have been reading some of the info and watched the video posted and another or two that were links on the websites.
we are hoping to get another 2 weeks of decent weather then thinking its winter storage time.
Again thanks for the concern.

Green lake is a ‘kettle basin’, if you haven’t yet, read a bit more about these, fascinating little lakes. There is another, Devil’s Bathtub in Mendon Pond parks near Rochester, worth the trip, but please don’t paddle on it (not really worth the work it takes to get to the top of the ridge) it is a unique little environment and a real jewel.

i read all the posted info at the lake while we were there. it is very interesting. pretty cool that it has coral reefs in to.
we intend to return just to spend the day again and just enjoy the lake and the paths around it.
and also rent kayaks again, and i’m sure we will enjoy it even more now that we have some experience under our belts!!