Show me some pretty color schemes

Playing with a customizer is fun!

And this is what I’d like to buy someday…

It’s almost identical to my current boat, except I want the purple. I’d really like a non-white hull but I can’t find anything that looks good with the yellow and purple and above someone was talking about the easy repairability of white hulls… 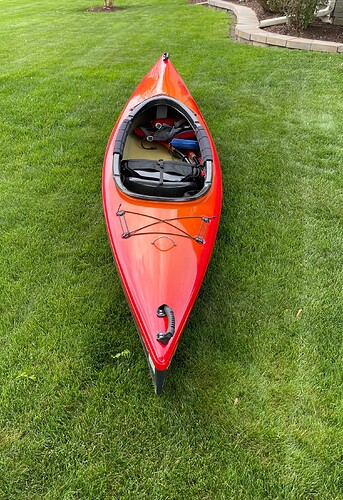 I bought this “Swift” Adirondack 12AR Kayak this past May from Rutabaga in Wisconsin. It tracks amazingly well even on windy days.

It’s a Carbon Fusion model I love the Firestorm color over the darker black patterned bottom. Can’t tell you how many compliments I’ve received while out on the lake I go kayaking on.

I love this Kayak and at just 24 pounds it so easy for me to lift into my Jeep Grand Cherokee.

Ooooh gorgeous. I really like the one under it, too, as well as quite a few that are leaning on the wall. Talk about eye candy!

Yellow and purple are a great combination. I played so hard with that customizer! I even went for intentionally horrid color combinations for fun, but decided not to post them here in case someone had them for their boat.

Best picture I have so far of the new to me SKUK Explorer LV in Yellow with Raspberry Cream trim. The coaming lip is also the same color. 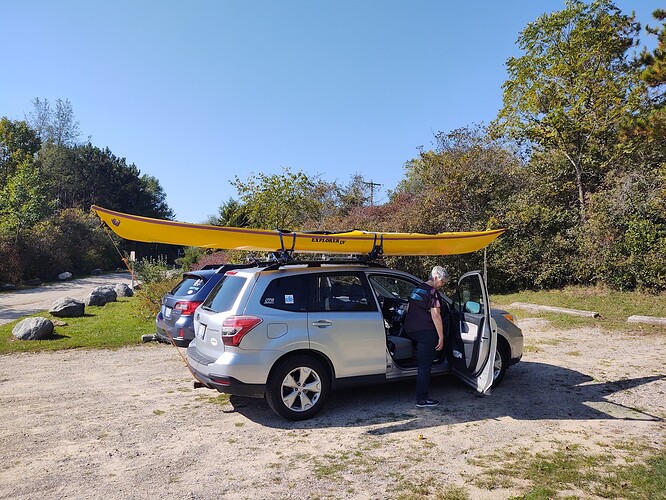 Well, Huey, Dewy, Louie, and Phooey, I would have sworn I had dropped it there.

Congrats on the pretty new boat!

Aren’t all kayaks pretty tho? Or at least I have thought so. We have a sunburst Ocean Kayak MalibuXL. Thats hardly any exotic color scheme, quite common in fact. But its still a beautiful craft to look at. And when Im at the landings I look around and see they all are.

I love this, but I’ve personally seen some fugly kayaks around!

My ex-beau still had the '80’s vintage Perception Dancer of his youth stashed in one of his barns and decided to chase the raccoons out of it and use it after I picked up a Dagger RPM so we could try some class 3 feeders to the West Branch Susquehanna (that runs directly along his 40 acres in upstate PA). The Dancer was originally that Pepto Bismol pink that they used in that era (probably to try to appeal to us “gals”) . He was a notorious cheapskate so he probably got a good deal on it (or one of his many exes left it when she ran out of patience with him.)

But after decades of neglect (much of it propped outside against the water tank in his horse corral) it had faded to a shade I can best describe as half-rotten raw turkey leg. Sickly pale flesh tone that had blueish, vomit green and brownish bruised-like stains scattered about. It was about the ugliest chunk of plastic I have ever seen. I warned him that if it got away from him and floated inverted downstream somebody was apt to call in to the cops thinking it was a bloated corpse.

I think this one from Craigslist is pretty… unfortunately in person the pretty blue is actually sort of teal. We considered it, if it were the blue in the picture we might have bought it today. 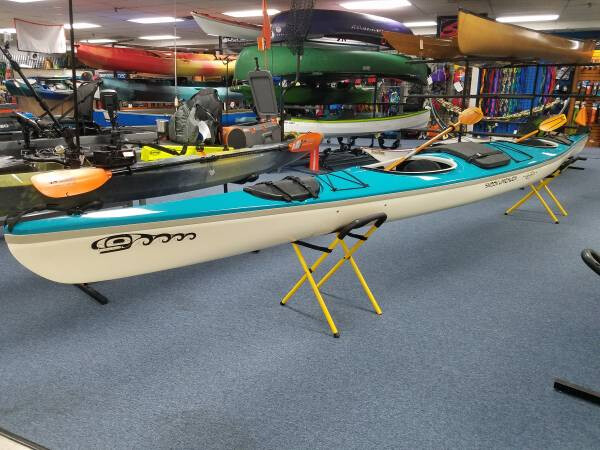 Some blues and most teals are notoriously difficult to photograph accurately. It sure does look pretty in the photo.

I’ve read that that color is highly visible, fwiw.

I read the same, and it makes me happy - even though I would have gone for it even if it was like my long ago Honda Civic that engaged an invisibility cloak as soon as it started moving.

We just wanted a kayak that matches our two cars. 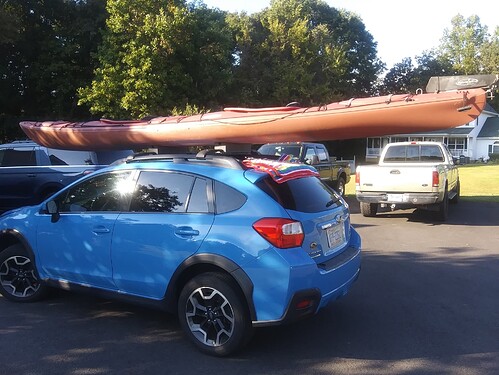 And yes, we have two cars that look just like that